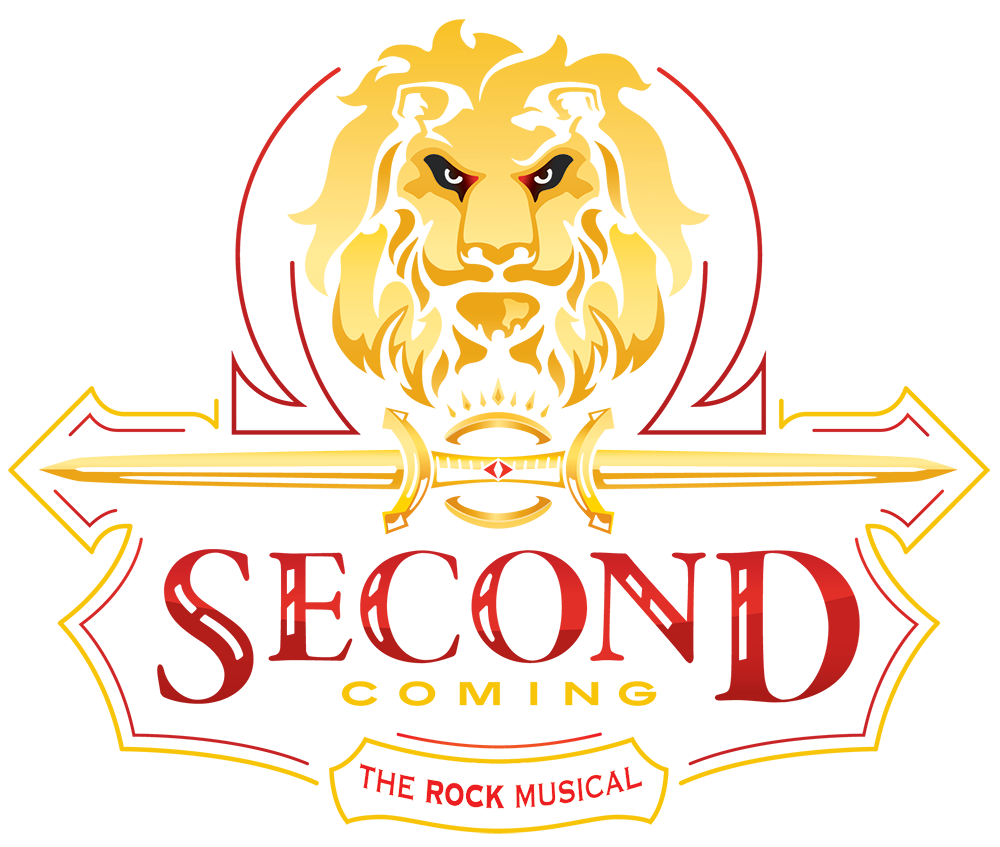 Stan took classical piano in his youth and he was also very athletic. He considered majoring in music but wound up playing college football instead.

He and Jan were married while they were in college and spent 10 years together before their first child was born. Although both of them were raised in the church they were not particularly faithful in joining and attending a church until after Lindsay was born. As the family grew they were active in church and church choir.

Over 25 years ago Stan was worship leader at a mega church and he prayed for the Lord to give him a song! At the time their children,Lindsay and Jason, were preteens. Stan had a keyboard a friend had loaned him. The Lord woke him in the middle the the night with a melody in his head and he rushed to the keyboard, put his hands on the keys and the music flowed. In ten days he received ten songs. Shortly he had 20 songs. There was no struggle to come up with any of it and then the lyrics came. The next morning he shared it with the family and everyone liked it and were somewhat surprised because he had never written a song. The amazing thing was this continued to happen and he would receive a song during the night. Song after song and night after night. Jan and he realized this music was from God. He was being used as a vessel. It was effortless. No rewrites, no changes, just perfect. Jan will tell you in the past if Stan sat down and tried to write a song it wasn’t anything great so she knew this was something different. The music moved you and sometimes to tears. He and Jan realized this wasn’t just music but it told a story like a musical does. Stan had a loose story line in his head. Eventually he had over 20 songs.

What next? During this time they were also working and building their business. Like Noah, Stan became a man with a mission. During that time Lindsay was taking voice lessons from Kathi-Lee Wilson. Kathi-Lee and Rocco were recently married and he was beginning his directorial path as well as continuing in set design, construction and acting. At the time Stan had a borrowed keyboard and a cassette tape recorder so he recorded a few songs. He literally chased Kathi-Lee down at another show and invited them to come hear the music. Amazingly they came to the house and Stan said “I need you to get in the car in the garage so you can hear the music” and that had to be strange but Stan didn’t have any sound system so the car was it. After they emerged from the car they were “all in”.  A new friendship was formed and they encouraged Stan as he continued on his path.

During this time, after he had received many of the songs, he had a serious BMX bike accident and broke his leg in 3 places as well as his wrist and had to have 2 surgeries. The upside to this was he had time to focus on the music and the story line. Stan never ever quit! That word is not in his vocabulary.

Now what?? What to do with this music that was only in his head and hands?

He went to a few churches and shared some of it. He talked about it a lot! If you met him you would hear about it. Lindsay and Jason grew up with it. He approached a local music producer to help him get some of it recorded. He did a few arrangements and Kathi-Lee provided singers and several demo songs were recorded but now what?

Stan knew he needed the music put on paper. He bought a computer program for it but that wasn’t his skill set. Time marched on. God had a plan playing out. He continued to perform the music and share it with friends and family and churches. He was able to buy a new bigger keyboard. Through the years he approached people to get them to help write down (transcribe)  the music he played. The project was too big for them. He formed the Applegelic Band and tried to play and perform some of the music. Again, not God’s plan or timing.

Time marched on through the years. A person would come across his path and he thought “this must be the one ” but no, it wasn’t. The children grew up and got married. Lindsay got a degree from  Cincinnati Conservatory of Music and established a career in musical theater. What a coincidence! Jason began college at George Mason to major in creative writing but transferred to Full Sail University and got a degree in film and entertainment business. Again, what a coincidence! God really does work in mysterious ways! After she graduated Lindsay lived in New York and traveled the USA as an Equity performer making many friends in the business. After many years of that lifestyle Lindsay decided it was time for a change and she returned home and got married. Jason graduated and got married. He grew up working with Stan but he had also studied guitar and had a band called Bear Crossing. Jason wrote music for his rock band and they toured the USA for several years before coming back home. Jason and Lisa settled down and worked in the business and had a family.

During all of this time Stan kept searching for the next step. The stumbling block or barricade to moving forward was having music written down so musicians and singers could read it. All of the music was in Stans head only!

When Lindsay lived in New York she had a music coach, Phil Hall,  who was an amazing talent.  Lindsay moved back home and produced her one woman show at the Wells Theater in Norfolk and he came down as music director. Stan met Phil then so a few years later Stan approached him about transcribing his music. Phil said he would be interested but Stan didn’t hear from him until a couple years later saying he was ready. During this time technology had changed from Stan’s cassette tape to digital so Phil received digital piano recordings of Stan playing and singing. From those audio recordings Phil hand wrote every note and lyric. This is an amazing feat in our opinion. Understand these are not simple songs. The rhythms and keys are complex. His was the old fashion way to transcribe by ear and hand. The time line is now pre-Covid but Covid is closing in. Phil needed to get with Stan on a few songs so he came down to their home in Accomac, Virginia to work together. By then Stan had a real piano!

Now another interesting development. Phil suggested to Stan that to be effective the story needed to show how evil the world is and why it needs a savior. That afternoon, during a break, Jan took Phil to the local Walmart for an outing. In NYC they don’t have a Walmart. Upon their return, Stan met them visibly moved and sang Revenge which is the opening number for this show. God again gave him this music and lyrics in less than an hour! Wow! Phil returned home and finished up his transcription.

What next? Now Stan had the written music and lyrics but it still wasn’t in a form for producing a musical. He had the basic treble and bass clef with piano and vocals. Stan continued his relentless search for people God would put in his path. He was seeking someone to arrange the music for multiple instruments and bring it to life to sound like what he heard in his head. Trumpets, strings, oboes, etc. For this he found two gifted Christian musicians in Nashville, Jeff Nelson and Rob Solberg. They put the flesh on the bones. They wrote arrangements for instruments and put those instrumentations on paper. From there they produced sound recordings for demo and performance tracks. Stan now had recordings and printed music for musicians and singers! Finally, after all those years!

During Covid Jason finished the script.  Stan called his good friends and Directors, Kathi-Lee and Rocco! We have a script and printed music! The Directors auditioned and cast the show.  Rehearsals began and then Jason had a terrible BMX bike accident and destroyed his knee and he had to have surgery. That knocked him out of rehearsals and was it was doubtful about the upcoming show in a few months. Jason had a lead role and sang Revenge so he was not easy to replace. A month later Stan had a bike accident and broke his leg and it was a compound fracture requiring surgery. This knocked him out unless he recovered enough in a month and a half to get around on stage as he played the part of Simon the Sorcerer.  Previously rehearsals had been suspended due to Covid and then restarted. Finally they were back in rehearsals and ready for opening night but God had other plans. On the afternoon of opening night, the show had to be canceled. Several in the cast came down with the virus that day. At that time the venue was requiring three empty seats between every person and all to wear masks, including the cast. It was a less than optimum situation and it was very disappointing to the cast who had rehearsed for months. But God had a plan!

Things were now “on hold” as Stan, Rocco and Kathi-Lee regroup. In the interim Stan went to a Christian business luncheon where he met Pastors Tim and Rodica Lambert of Christian Embassy International Church. He, of course, told them about Second Coming the Rock Musical. After several lunch meetings

they offered their church for the show location. Since then they have been very supportive and believing in this ministry. They see the future for what is to come.

Now we had a new venue at Christian Embassy Church and new and returning cast members. We enlarged the church’s platform to accommodate a large cast and dancing. In addition, Kathi-Lee wrote new vocal harmonies for the singers. Rehearsals began and the show opened October 13, 14, and 15, 2022. Stan and Jason were healed and back on good legs. Originally the idea was for a staged reading where actors sat on stools and read and sang from the script so everyone could get a general idea of the show but Stan, Rocco and Kathi-Lee had bigger plans. They decided to bring it to the next level by staging the show and adding choreography. God had a bigger plan and getting shut down with Covid for the previous show was a blessing as we were able to add to and improve the script, recast parts and add choreography and new costumes. By no means is this the finished product but it is an exciting beginning that is sure to minister to all who saw it. The cast has the distinction of performing it for the first time and the audience was the first to see it!

We look forward to see what God’s plan is for the future. Blessings to all!